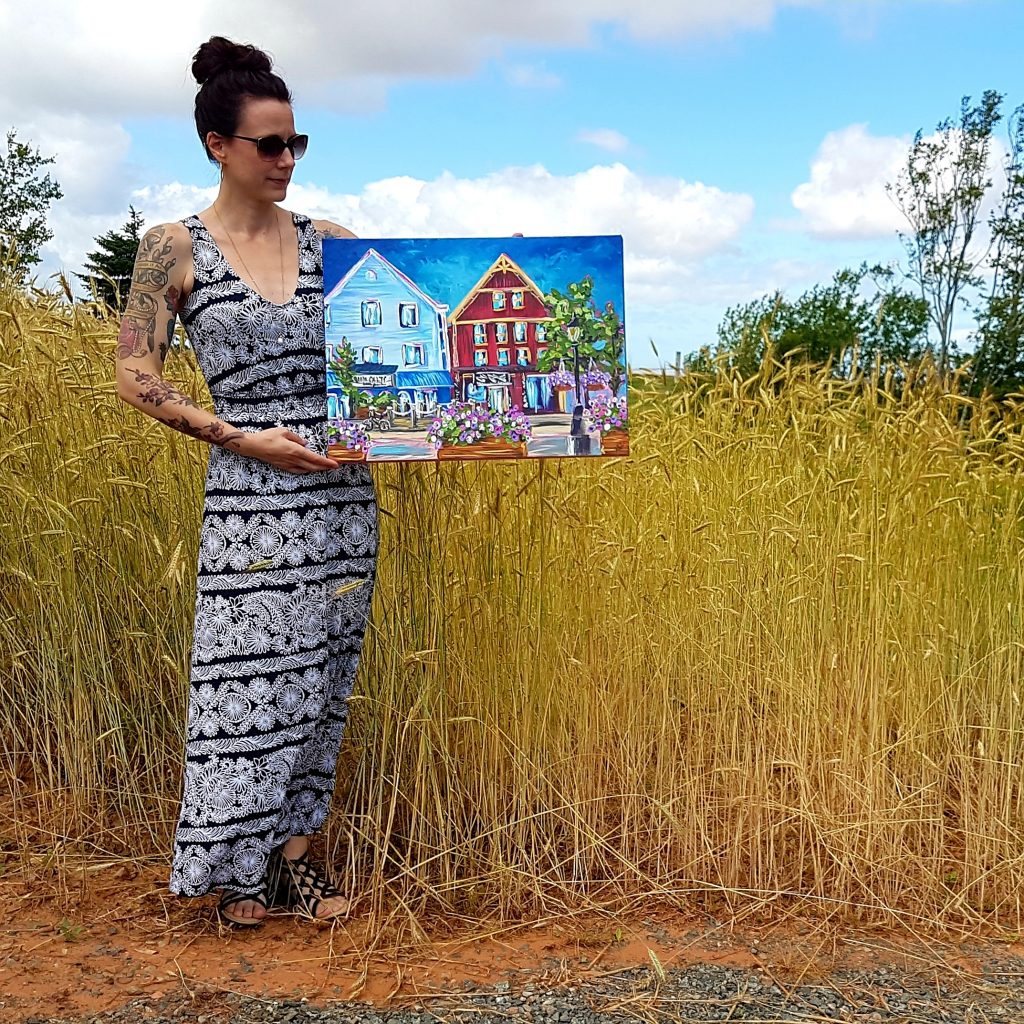 In 2016, after building her house with her husband, Amanda developed a serious case of tendonitis and it became very painful to hold a pen or a brush. It was a difficult time for her because art is her therapy… and without it, she had no outlet. About a year later, in the summer of 2017, Amanda’s husband showed her some finger paintings done by an artist in New York, and he suggested that she try it… “Maybe it won’t hurt if you don’t have to hold anything?!” After some thought, Amanda decided to try it… and her husband was right… Not only did it NOT hurt, she discovered a whole new way to paint, re-defining how she thinks about creating art. Since then, Amanda has started a little creative art business called “Rose and Poppy Creative” In honour of her mom’s craftiness, she combined their two birth month flowers for her business name.

Amanda’s tendonitis has gotten much better in the last six months – so you will now find about half her recent paintings are done with a brush… but she will always go back to finger painting, even when she doesn’t have to… Because it reminds her why she creates art in the first place: For happiness. 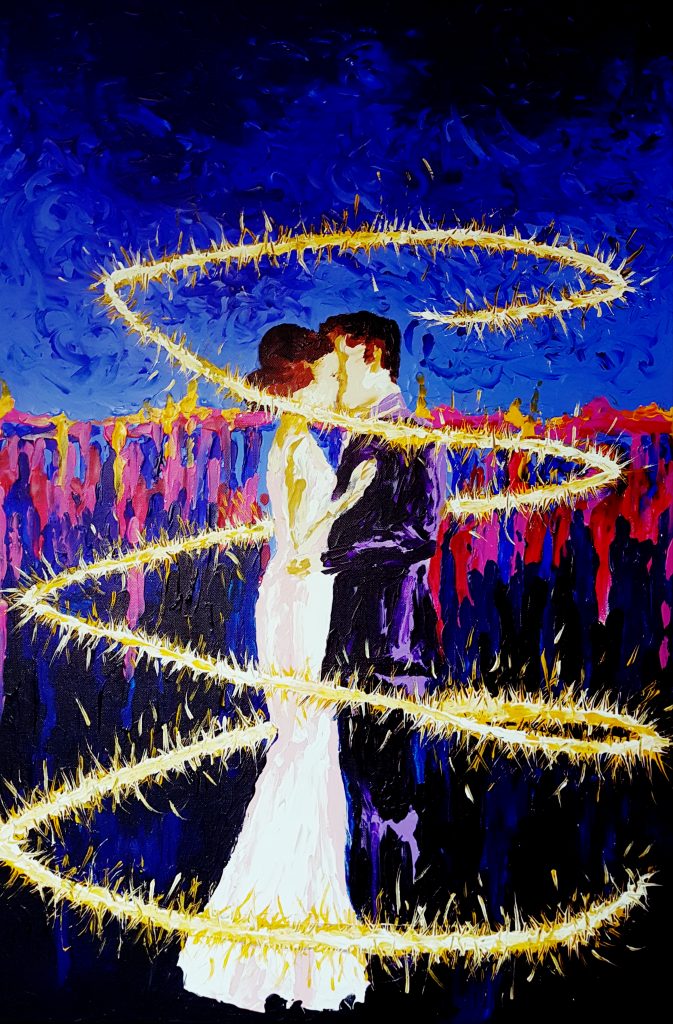 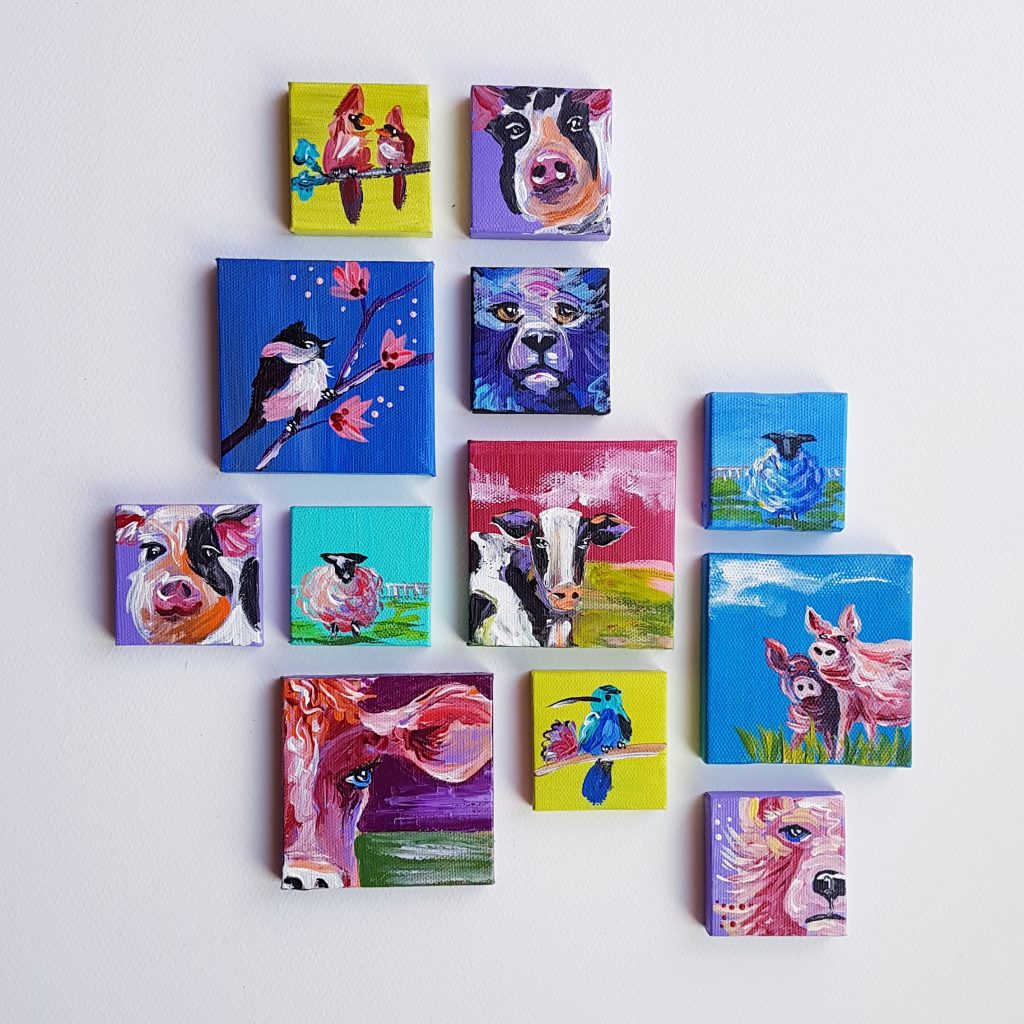